The new museum opening near the Senate Square on 13 May 2016 offers exhibitions, events and open space for Helsinki residents. The museum focuses on the personal experiences and everyday life of the people in Helsinki. The museum being build in an easy-to-approach, free-entrance museum that appeals to the visitors’ emotions, so the visual identity of the new museum should emphasize this too.

The cooperation between Helsinki City Museum and Werklig started in summer 2015. The new visual identity was designed in close cooperation during the autumn. Designers at Werklig were inspired by the gems in the museum’s collections, such as old public transport tickets, soirée programmes, century-old dance tickets and advertisements for various events. 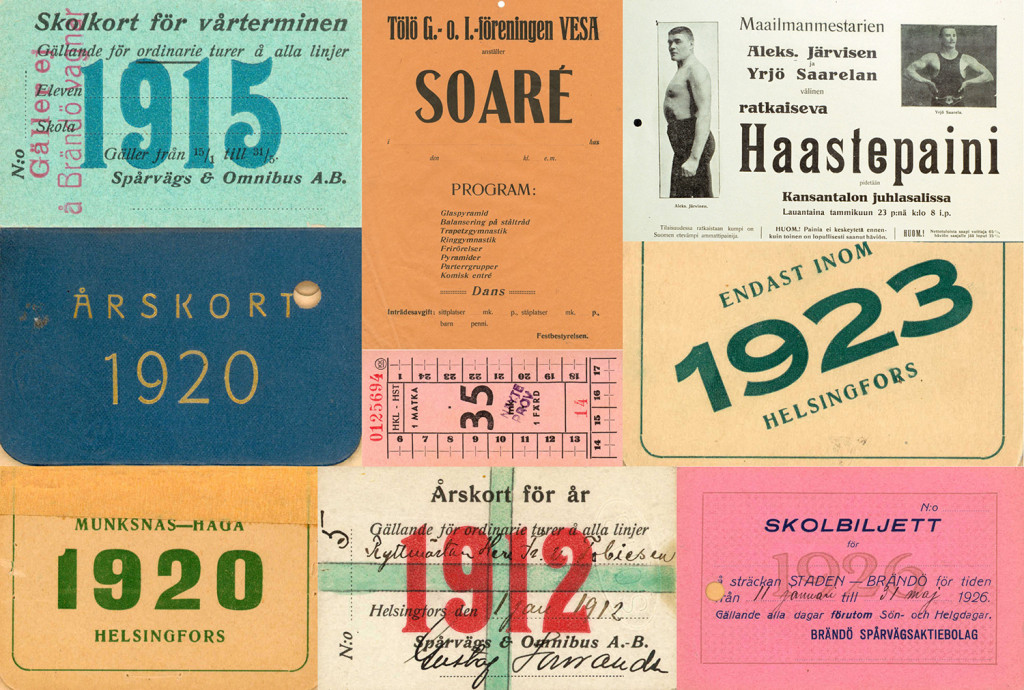 The designers came up with the idea of playing around with material from Helsinki’s past, taking along a variety of tones and layers.

The new visual identity is based on the past of people in Helsinki.

The colours and typography of the new identity are based on authentic fragments of the past. The new identity is rich in colour, but most of the applications are duotone, reflecting the old prints that inspired the design. Werklig created three unique typefaces for the museum. Falkman, Signe and Govinius each has their own way of exhibiting the living history of Helsinki that defies strict definitions of time and era.

The colours and typography of the new visual identity will also be used in the interior design of the museum. For example, the design of the toilet, lift and café signs is based on the Falkman font.

The new logo by Werklig—capital H with a heart—captures the museum’s vision, everyone has the opportunity to fall in love with Helsinki. It also succeeds in focusing in the most important part; Helsinki and its residents.

360 Faces of the city – Fly over Helsinki on a Zeppelin airship!

A new architecture guide takes you around the art nouveau Helsinki