This year marks the 150th anniversary of the birth of beloved Finnish photographer Signe Brander. To commemorate the occasion, Helsinki City Museum has created a new 2.0 version of the Time Machine virtual experience.

During Brander’s lifetime, Helsinki was for the first time visible from new vantage points, such as the National Museum’s tower. In addition to the bird’s-eye view, Brander also photographed panoramas at street level, capturing everyday details of urban life. Time Machine 2.0 shows projections based on Brander’s panorama photos of Kallio Church and St Nicholas’ Church (now Helsinki Cathedral). The VR content of Time Machine 2.0 is based on Brander’s photos of the public sauna on Mariankatu and the old Helsinki Railway Station.

Signe’s birthday and the opening of Time Machine 2.0 will be celebrated with cake and activities for the whole family on Sunday 14 April, 12 noon–4pm. In addition to Signe’s photos, the programme will feature music, lectures and children’s theatre, among other things.

At the birthday event, visitors will, for the first time, have the chance to participate in new walking tours called In the Footsteps of Signe Brander, which will be launched this spring. The event will also feature a showcase of original Neiti Brander comics by comic artist Timo Mäkelä, and Mäkelä himself will be attending the event to talk about his comic. 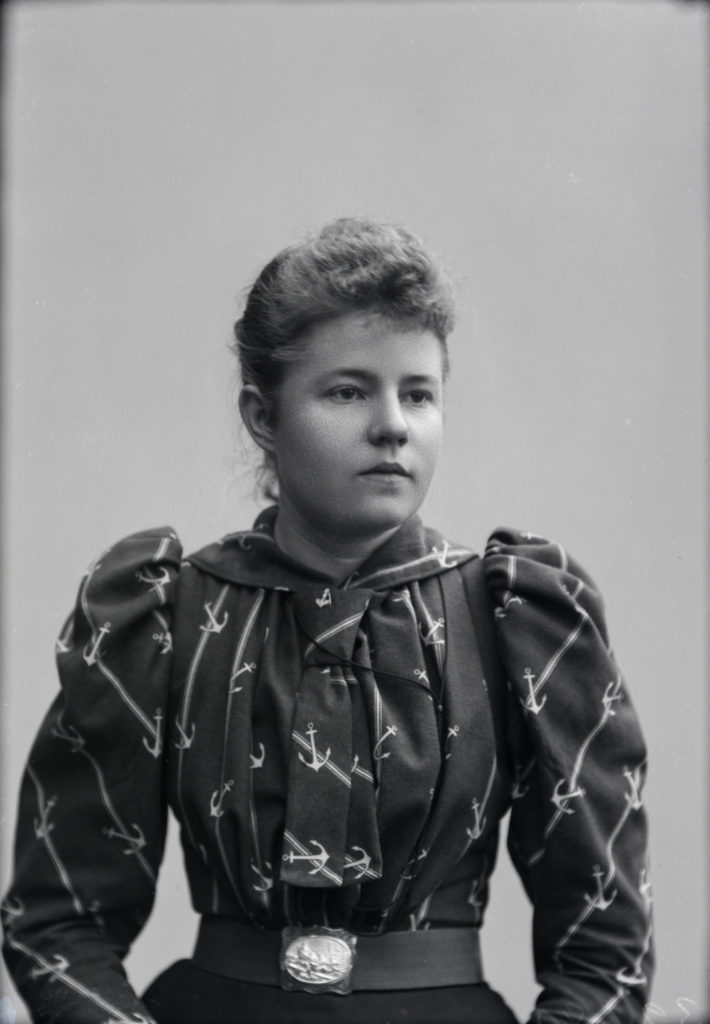 360 Faces of the city – Fly over Helsinki on a Zeppelin airship!

A new architecture guide takes you around the art nouveau Helsinki